Hydrogen embrittlement is when metals such as steel, become brittle and fractures. This happens when hydrogen is introduced into the metal substrate and subsequently diffused during the forming and finishing processes. Hydrogen embrittlement can seriously diminish a substrates ductility, it’s load-bearing capacity as well as causes cracking and failure at crucial stress points.

Hydrogen Embrittlement (HE) does not affect all metals equally. The metals most vulnerable to HE are high strength steels, titanium alloys and aluminum alloys. Other metals such as stainless steel, nickel and copper alloys are also susceptible to the effects of hydrogen.

Example of hydrogen embrittlement on a part

Hydrogen Embrittlement has been an issue for the metal finishing industry since the beginning of the industrial revolution and was first described in 1875.

Even so, this phenomenon is still not fully understood today and the ability to detect its prescience is at the root of the main issue. While the metal finishing process can be a catalyst for HE, stress can also be introduced at other times in a parts life cycle such as during casting, forging, grinding and cold working. For this reason, the presence of HE is often not detectable until after or during metal finishing.

So, what steps or solutions have we, as an industry, developed to counter act the phenomena of hydrogen embrittlement?

Completely eliminating the exposure to hydrogen is impossible due to the nature of the metal plating and finishing processes. However, there are numerous highly effective steps that a metal engineer can employ before and during the plating process that will greatly reduce this risk. Some of those steps are:

Use the highest practical current density for plating. This maximizes plating efficiency and minimizes the generation of hydrogen in the process.

Exposure to hydrogen can be reduce by mechanically cleaning and de-scaling of the parts prior to plating instead of hydrogen induced chemical means.

Metal finishers can give their customers reliable advice on ways to minimize the hydrogen that is induced into base materials during processing operations before plating.

Most aircraft specifications call for a stress relief shot peen before plating. These pre-plating stress relief operations are critical to parts 40 Rockwell C and higher. Additionally, stress relief baking can be performed after the plating process. This step eliminates the stress of the hydrogen on the part but most importantly it causes the hydrogen to leave the part altogether which significantly reduces the chance of damage.

The timing of this step is vital to success. A typical time spec would require the post bake to begin within 4 hour of the plating process while some aircraft specs dictate a mere 30 mins after plating. The harder the metal the longer the bake ti me needs to be in order to effectively drive out the hydrogen. Although this post bake operation increases finishing time and cost, it is vital to the preservation of critical parts that could be adversely affected by hydrogen embrittlement failure that could potentially endanger lives and cause an enormous financial liability.

Mid-Atlantic Finishing goes the extra mile to assure the reduction of hydrogen embrittlement in our client projects.

MAF maintains a number of stress relief, hydrogen embrittlement relief furnaces calibrated and certified with all records on furnaces and bake operations maintained for traceability. 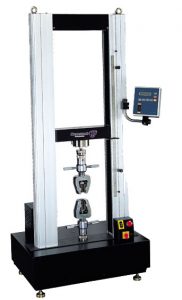 The assurance that these specific hydrogen reducing steps are adequate is evaluated on a monthly basis. C, experiment was designed and is performed on a monthly schedule. This monthly test consists of plating a specially designed high strength steel notched tensile testing bar. These bars have a special crush roll groove ground into them where hydrogen will concentrate and cause failure.

After plating, these test bars are loaded to 75% of their notched ultimate tensile strength’ and then tensile tested under load for 200 hours. After testing the four periodic test pieces are examined for cracks and other defects associated with plating. Testing is followed-up with detailed 3rd party lab reports as required per the respective specification. Fracture or cracking during tensile testing designates a hydrogen related failure.

MAF is committed to the delivery of quality products to every segment of our customer base, a fundamental element of our Company’s Purpose and Mission.

MAF is committed to full compliance with all the requirements of NADCAP AC 7004; AC 7108.

Why We Need Metal Plating For The Microwave/RF Industry Wireless technologies continues to evolve.... 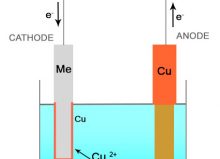 Nickel plating is another popular plating method used in industries such as aerospace, defense,...

Electroless nickel plating, often referred to as (EN), is a process used for depositing a...

What Is Tin-Lead Plating? Tin-Lead plating is when a layer of tin and a...

What Is Metal Plating?

Metal plating is a manufacturing process in which a thin layer of metal is deposited...

The JALCOM editors are grateful for all the support of our many reviewers, and especially those who go above and beyond by providing multiple, thorough, and timely reviews ...

Sulfur replaces liquid in novel method for separating rare metals
This image shows rare earth oxides of neodymium, praseodymium and dysprosium all critical components for magnets that have been processed with the novel sulfidation techn...
Tweets by MAF_Tweets
Top